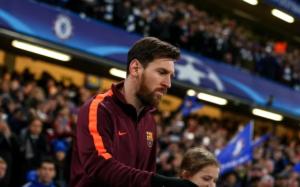 Senior sources at Chelsea have reportedly denied making any move to sign Lionel Messi, despite Paris Saint-Germain’s fears over a potential hijack.

It looks like PSG are preparing to clinch the signing of Messi on a big-money contract after his deal with Barcelona came to an end, but The Athletic suggest that the Ligue 1 giants also became anxious about competition from Chelsea.

Of course, you can never rule out the Blues flexing their muscles in the transfer market, especially after their Champions League final triumph last season, but it seems that PSG’s fears are wide of the mark, for now.

The Athletic claim senior Stamford Bridge sources deny any approach for Messi, which will no doubt disappoint many CFC supporters. 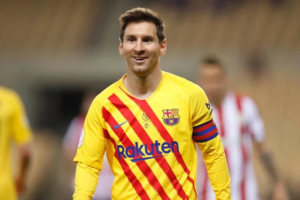 The Argentine superstar would be a dream purchase, giving Thomas Tuchel more of a goal threat after the lack of form of players like Timo Werner and Tammy Abraham up front.

Still, it seems like Messi is heading to PSG to link up with old team-mate Neymar in what could be a mouth-watering attacking line up for Mauricio Pochettino’s side.