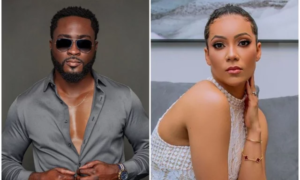 The Big Brother Naija house is now a full house although three of the housemates have been evicted from the house.

This season came with a lot of surprises. After three housemates; Beatrice, Yerins, and Niyi were evicted, Big Brother brought in four new housemates; Jayvee, Michael, Queen, and JMK to fill the gap and also make the house interesting.

After the new housemates were introduced into the house, housemates Tega, Liquorose, and Princess have been captured on camera advising Maria to accept the relationship of Pere before it’s too late. Maria has been advised to apologize to Pere and get back to him before he decides to use the new girls to catch cruize to make her jealous.