Five young children died in a horrific fire Friday on their mother’s birthday at a St. Louis apartment where they had been living since their previous home was destroyed in a blaze earlier this year.

The fire is believed to have started around 3 a.m. at an apartment building in East St. Louis, Illinois.

The children’s mother, Sabrina Dunigan, had just left the residence to drive someone to work, and when she returned the home was engulfed in flames. She attempted to run into the apartment but was unsuccessful.

The children’s maternal grandparents, Greg Dunigan and Vanicia Mosley, had been sleeping in a room separate from the kids.

Dunigan attempted to get the children out but that the fire was too intense. Dunigan and Mosley jumped out of a window to escape the blaze, which remains under investigation. It was the family’s second fire this year.

Five months ago, the family’s home burned down but everyone had escaped without injury. 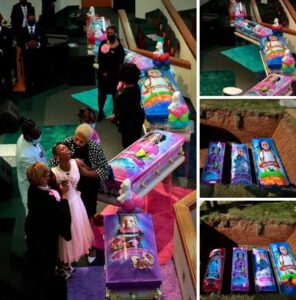